Origins 2019 was a blast! As the week went on we got to play fewer games because of meetings, events, and trying to take in all the awesome games released or being released soon.

We hung out at our cousins house waiting for her kids to come over and hang out. After they came over we ran some errands and then played some games. 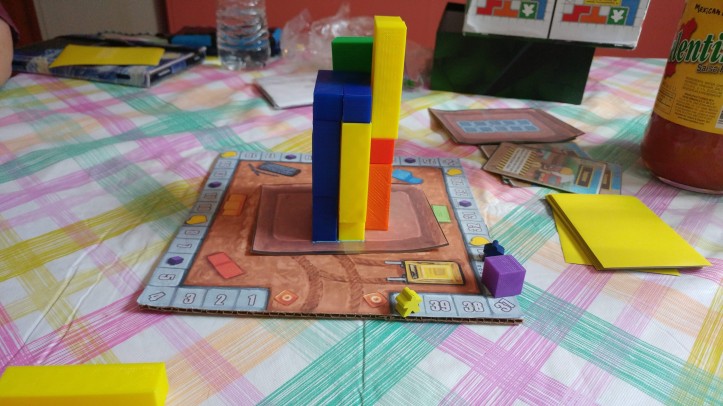 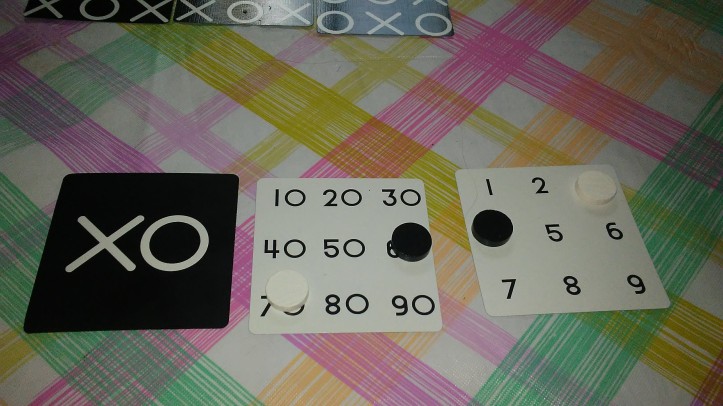 After Registration we proceeded to Open Gaming and hung out there for the evening. The Board Game Broads Facebook group had a meeting there and thats when a bunch of our friends, Nicole Hoye of the Greatway Games Podcast and the Daily Worker Placement, Emma Larkins of the Ludology podcast, and Carla Kopp of Weird Girraffe Games came and played games with us and others. 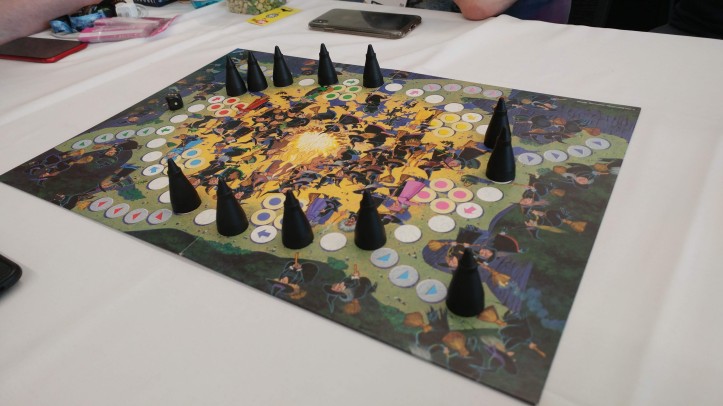 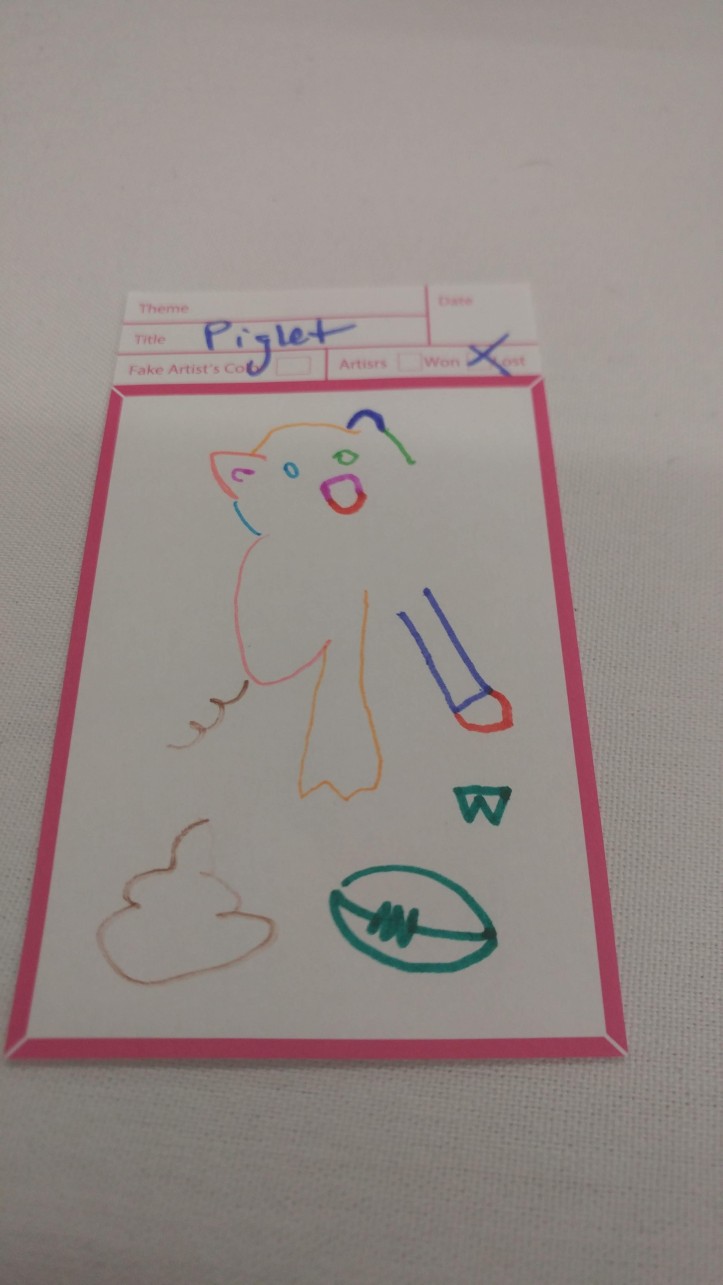 We were able to go into the exhibit hall an hour early for Press Hour, so we decided to check out the Plan B booth. We met with Bruce Voge of North Star Games, as well as the podcasts On Board Games and the PartyGameCast. Bruce showed us a host of upcoming titles from North Star, including the expansion to Quacks of Quedlinburg and Die Tavern de Tiefen Thal (Tavern of the Dark Valley). We got a quick demo of Planet, a Blue Orange game that will soon be available in the US. Eventually that evening we headed to the Greatway Games Meet up, hosted by Nicole Hoye. Then we had a demo with Bruce and a late evening with some of our friends in Punchboard Media. 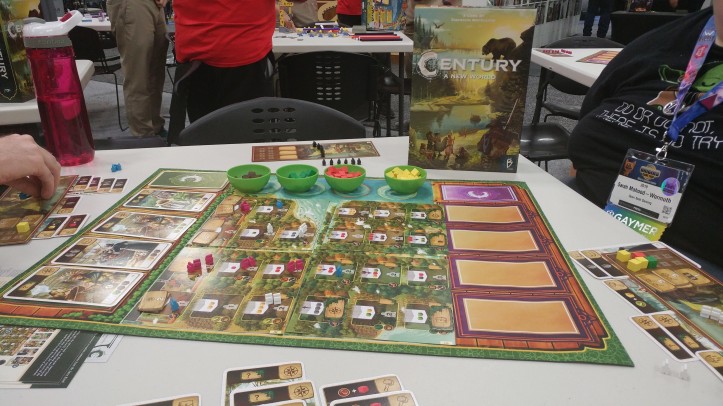 Had a meeting with Ben Harkins, CEO of Floodgate Games, where he showed us 3 Laws of Robotics, Bosk, and the upcoming The Great Facades – Passion expansion to Sagrada. Then we played a couple games before the Punchboard Media Meet-Up. At the end of the meetup we hung out with our friends Mark Burke the Chubby Meeple as well as Lizzy and Tom of the Drinking Meeples as they finished up their game of Second Chance.

We took part in the Origins Virtual Flea Market that did exhanges at the same time as the Origins Math Trade around 9:45 in the morning. Through the Flea Market we were able to acquire some games that had been hard for us to find otherwise: Carcassonne: Hunters and Gatherers and Saint Malo, for example. Then we watched and cheered the Columbus Pride Parade right outside of the Greater Columbus Convention Center. We hung out with our good friend Sam Browne of Geek-Craft for most of the parade. Then we went back into Origins, played some games and took an early night to go hang out with our cousins. We played some games with them too. 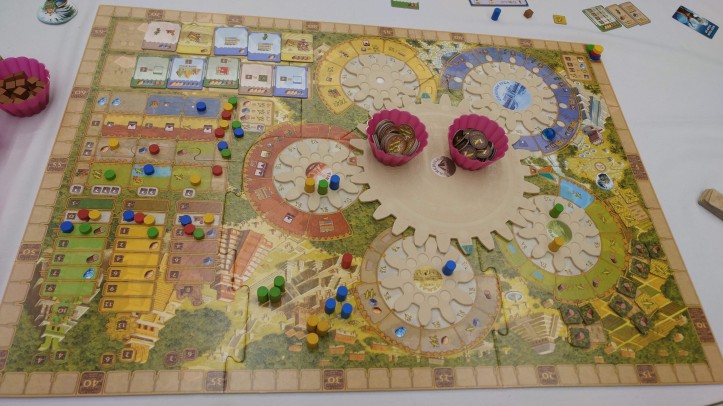 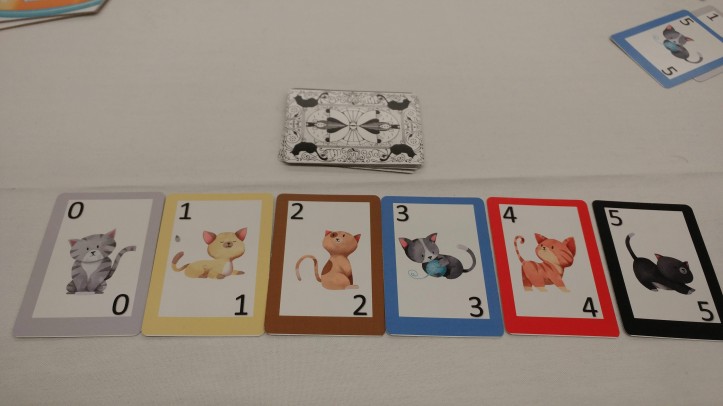 We had a meeting with T. of HABA USA and were shown a variety of their games, including Honga and Snail Sprint. Next we saw an upcoming game Honey Buzz, to be published by Elf Creek Games. Also we got to see Calico designed by Kevin Russ, art by Beth Sobel, and to be published by Flat Out Games. 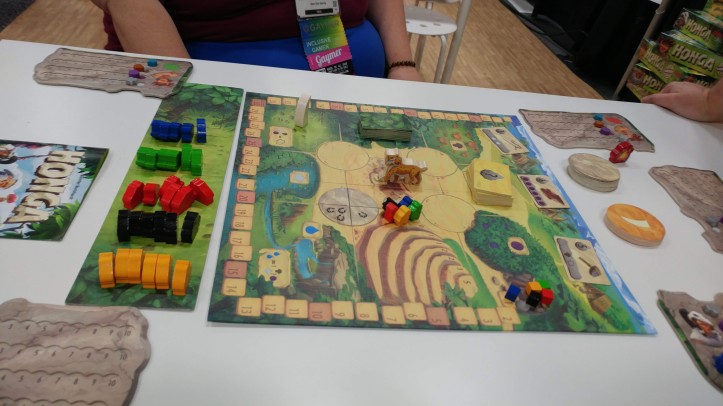 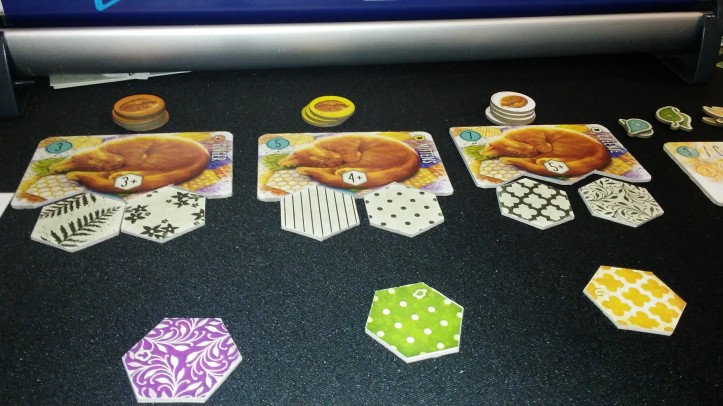 Game On!
Marti and Sarah