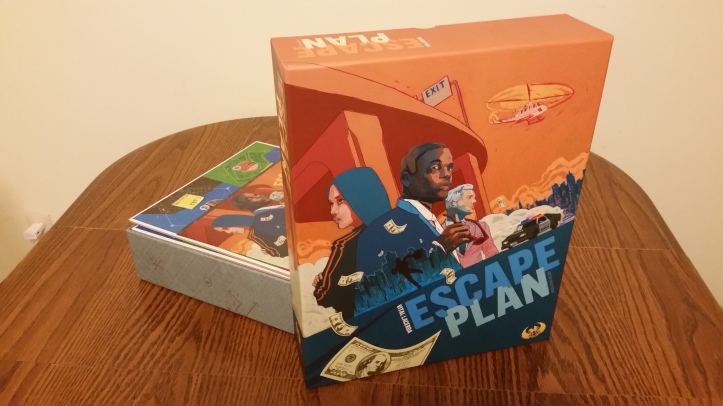 Welcome to another unboxing! Today I’ll be showing off the Kickstarter edition of Escape Plan designed by Vital Lacerda, art by Ian O’Toole, and published by Eagle-Gryphon Games! 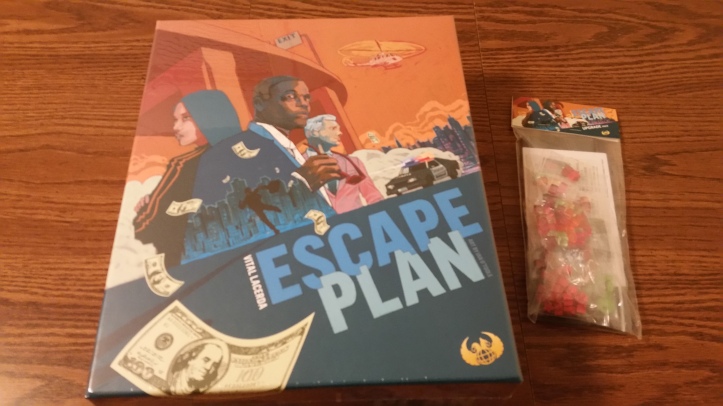 This is everything that came with my pledge: the game itself and the Kickstarter “upgrade pack” with stretch goal stuff.

This is everything in the box! A usual with the EGG Vital games, they pack a LOT into these big boxes. 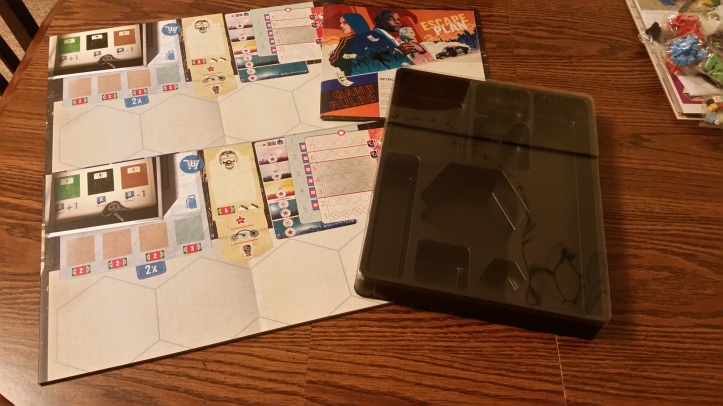 The insert for this game is a pretty good one. We also have here the rules and double-sided board (one side is for 1-3 players, and the other side for 4-5). 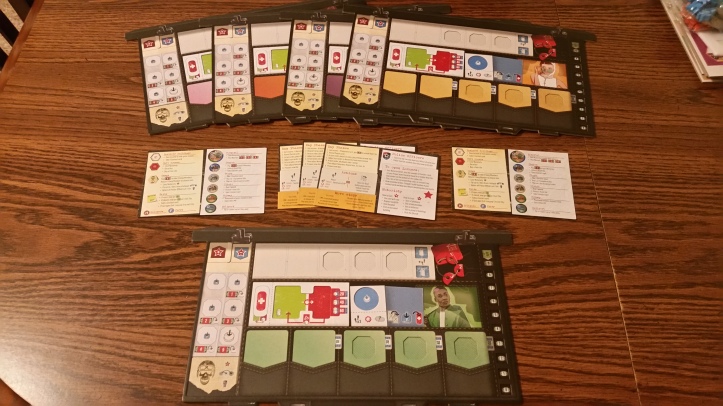 The double-sided player aids and double-thick player boards feel really good. The boards have recesses for certain player pieces to be placed as well as one in the upper left that is recessed in such a way as to allow you to easily slide markers back and forth between the 2 sides.

Blinds for each player lay flat in the box and stand up by folding the sides in, they have different art (more money showing!) on the inner side. The nice bag for the police meeples is shown here as well as the scorepad. These are also all the cards in the game. They are mini size.

Wooden bits! There are extra action markers, a time marker, notoriety markers, wounds, gasoline, police and gang meeples, and the player pieces (each of which have a person meeple carrying a little briefcase, I didn’t catch them quite well in this photo). They also provide an extra of each of the different kinds of wood bits, which I think is great (that’s what is in the sealed packages at the top right). 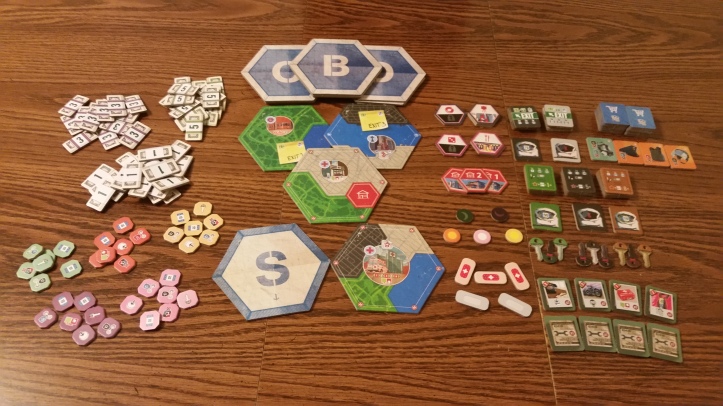 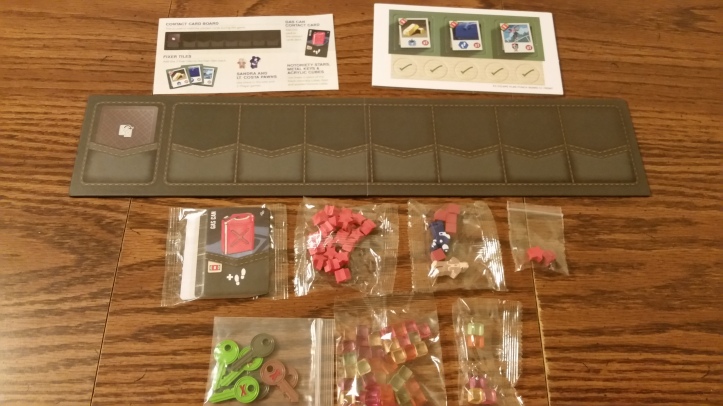 The upgrade pack provides the following: wooden notoriety stars to replace the black cubes from the base game, meeples for the 1 and 2 player variant AIs, 2 mini expansions (missions and player powers), metal keys to replace the punchboard ones (they feel GREAT!), and acrylic cubes that can be used as an alternative to the wooden player cubes. There’s also a board to help display one of the card types available during the game and a bonus card of that type to be shuffled into the deck!

This is the Vital game that I have been the MOST excited for, and I’m so happy to have it! (especially after the UPS snafu I had to deal with before it finally arrived)

I’m so very excited to get this to the table!