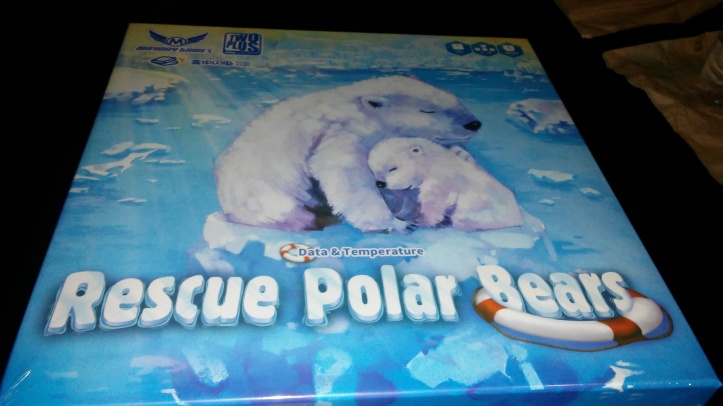 Rescue Polar Bears: Data & Temperature caught our attention because of the Polar Bears, Environmental theme, and Cooperative game play. When Mayday Games brought it to the United States via Kickstarter; we were very excited.  It recently fulfilled and we wanted to show it off!! (Apologies for the glare – with all of that white, it was inevitable!)

The polar bear figures in this game are cute as all get out. They are so adorable and obviously the focal point of the games production. 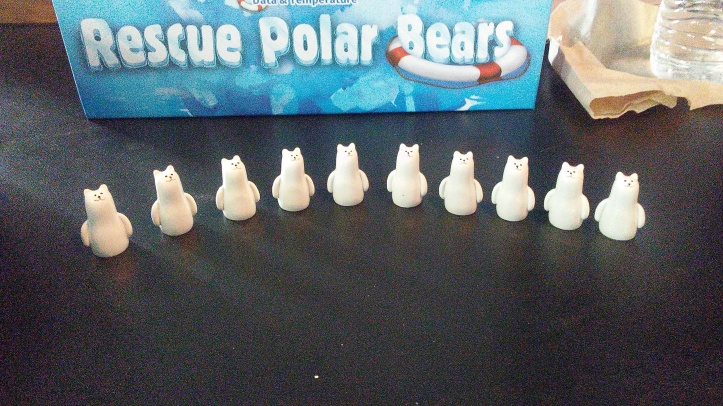 The board, hexes, card stock, and cardboard pieces are of good quality. The graphic design on the card and hex backs is excellent.

The wooden flag token and pair of dice are well made.

Here are the ships you will be utilizing in order to rescue the polar bears and research the temperature increase. Each ship has its own capabilities. You have to put the ships together but its fairly easy to do so. Cardboard assembly is required! 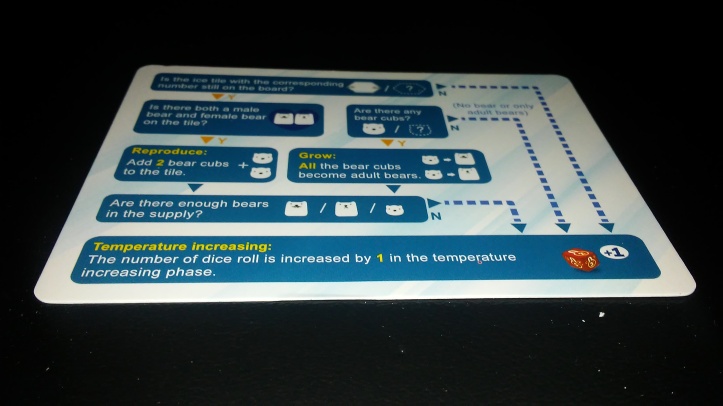 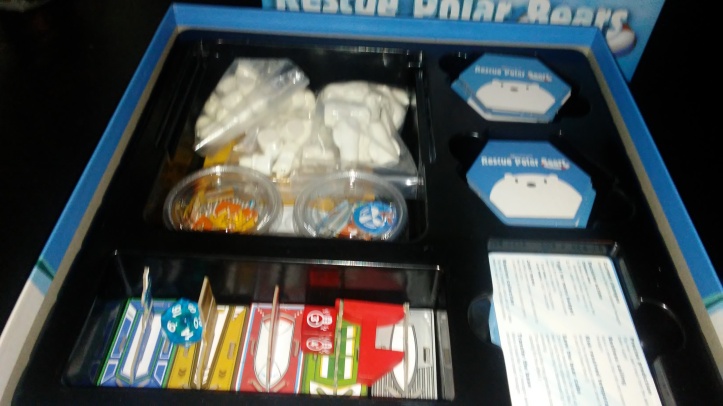 The whole game fits nicely back into the insert. You can tell that Mayday made a solid effort with the insert for this game, which is something that we always appreciate.

We can’t wait to get this game to the table and help the polar bears! Did you back it or are you getting ready to check it out?