A Solitary Unboxing – Overlords of Infamy

Welcome to another unboxing! Today I’ll be showing off the Kickstarter edition of Overlords of Infamy. I would have done this sooner but it shipped earlier than anticipated and so it was sent to my new place which I only just this week got to!

Here is everything I received: The base game, the stretch goals, and the Dog Might custom box.

First off are the rulebook and turn reference sheets. There is one for each player for the normal mode. The game supports up to 5 but the 5th player in that mode plays as the adventuring hero and has specific things they can do on their turn. 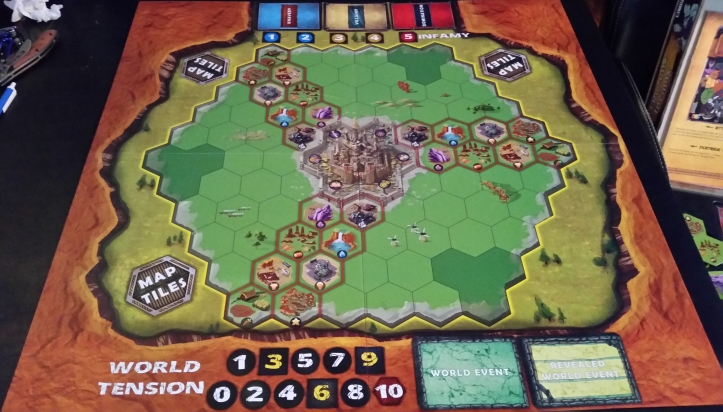 The game board is double-sided, here is the first side that supports 1 and 3-player games. 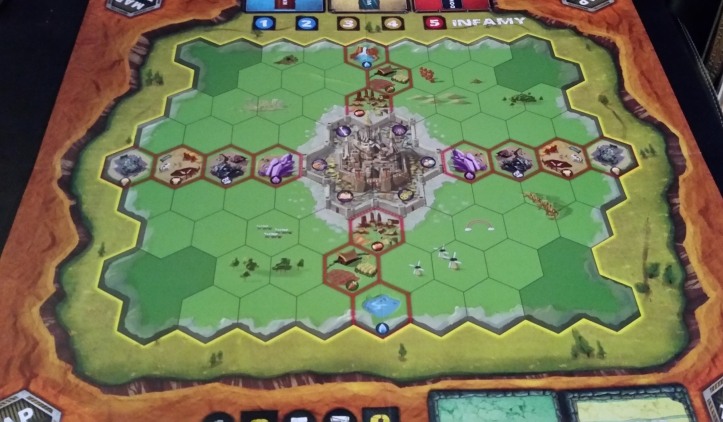 And here is the other side that supports 2, 4, and 5-player games. 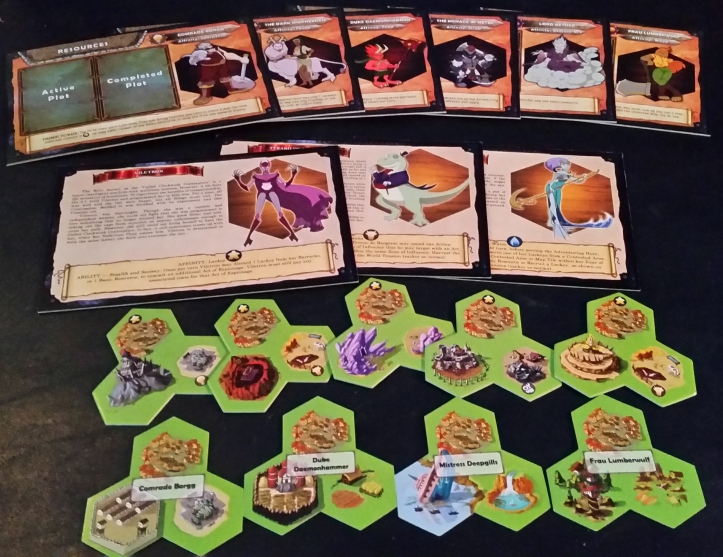 Next we have the overlord boards and associated lairs. Each has a unique lair and ability that help theme their play. The backs of the boards have lore and story for each overlord. 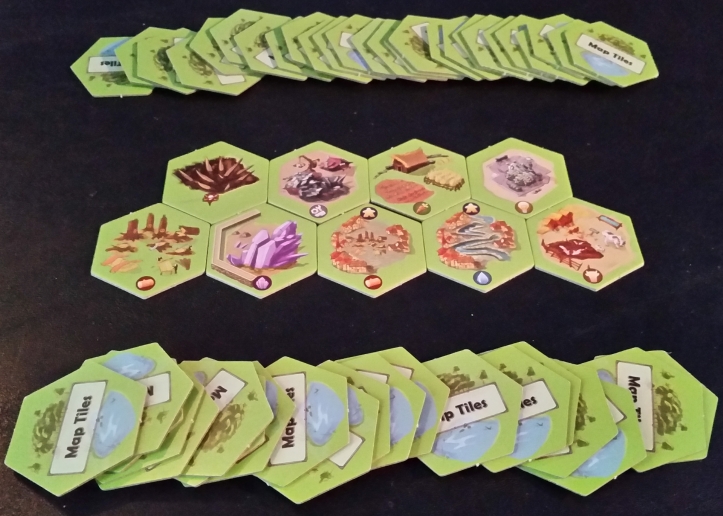 A tile-laying game wouldn’t be complete without the tiles, and here they are! There are several types, from resources to hazards and more. 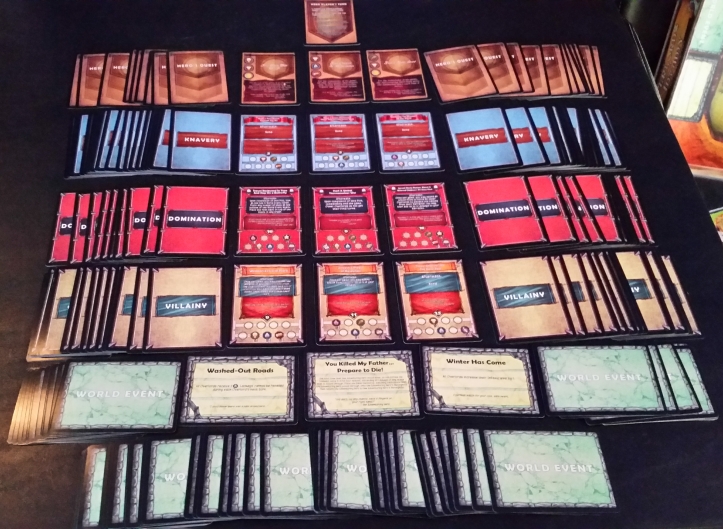 Here are all the cards in the game. There’s a turn helper card at the top that I believe is for when a player is playing as the adventuring hero. Below that are the hero’s quest cards used in several modes. Further down are the 3 types of plot cards of increasing difficulty but increasing reward. And at the bottom are the world event cards that shake things up for all the players.

All the wood bits! On the left you have the various resources in the game as well as the relics. On the right are the minion meeples and player discs. Above the player discs, but hard to see as they are black discs on a black table, are more discs used during the game. In addition to different colors, each set of meeples is a different shape to assist colorblind players. 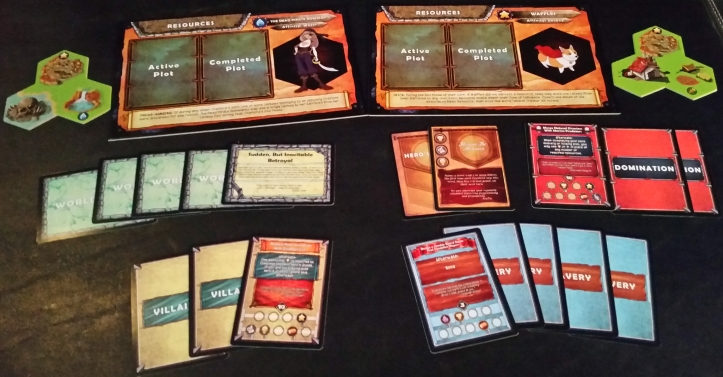 Seen above are the stretch goals achieved during the Kickstarter campaign. There are 2 new overlords as well as additional cards for all decks. According to the rulebook, at least the new overlords should be available as a purchasable pack in the future for non-backers. Not sure about the cards, though.

During the campaign, Obscure Reference Games paired with Dog Might to have custom dice boxes made with Overlords themes. I couldn’t resist so I picked one up. You can see the front side in the image earlier in the post with everything I received. Here you see the inside (magnetically clasped) and the bottom side as well.

The components all seem good quality and the game itself looks very intriguing. I’m not sure when I’ll be able to, but I look very much forward to getting this to the table!