A Solitary Unboxing – Underlings of Underwing 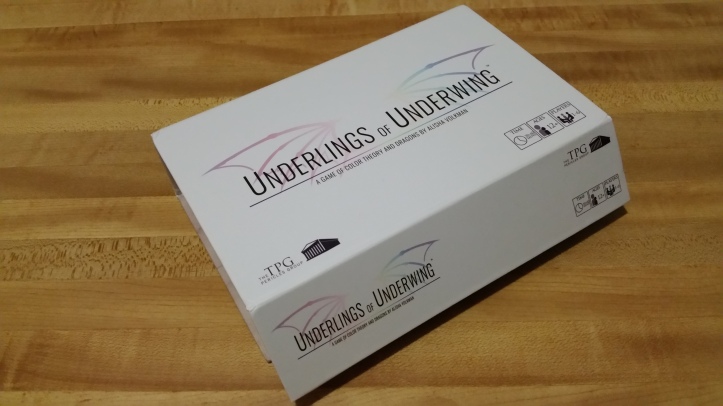 Welcome to another unboxing! Today we have Underlings of Underwing by The Pericles Group which is a game about colors and cute (and some scary-cute) dragons! 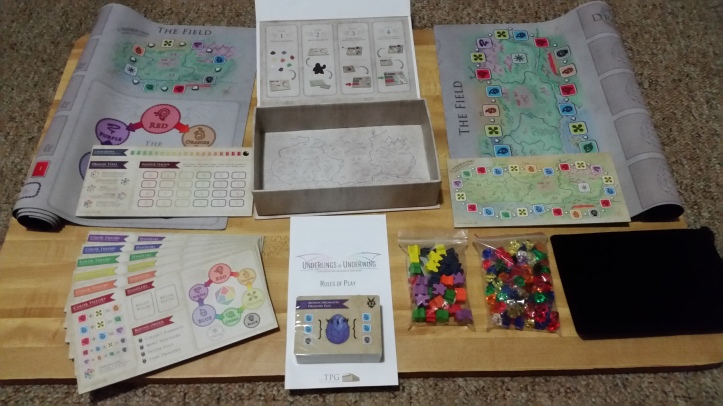 Here is everything I got as well as everything that comes in the box! As always, I’ll go into specifics with further images below. 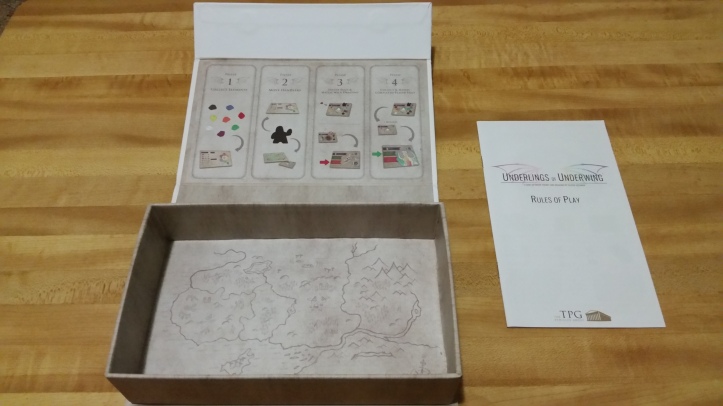 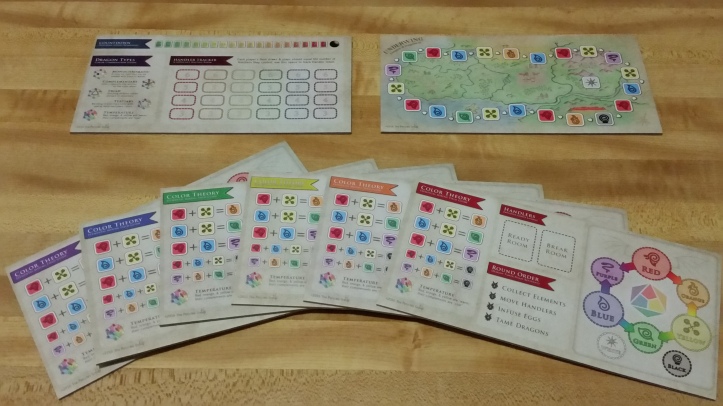 Here are all of the boards. The top 2 are the tracker and map boards (which have solo versions on their backs, rock on!) and the bottom 6 are the player boards. The game supports 1-6 players so every color can be used if you have a big enough group! 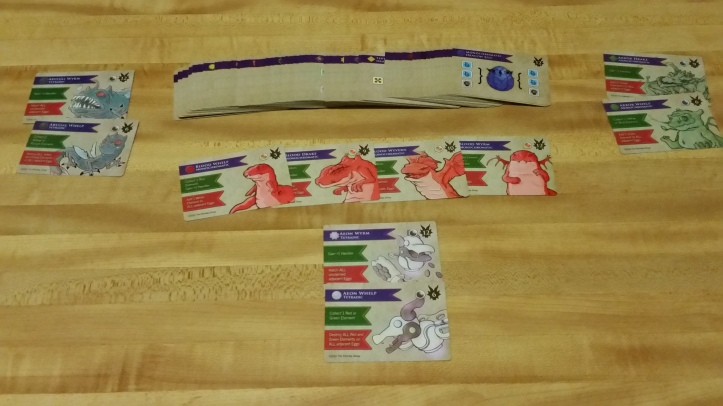 The cards! They feel great and the art is on point. One side has the eggs that you try to hatch and the other shows the dragon that hatches. There are usually several types of each dragon, of varying levels (you can see examples above of 2-set and 4-set dragons). 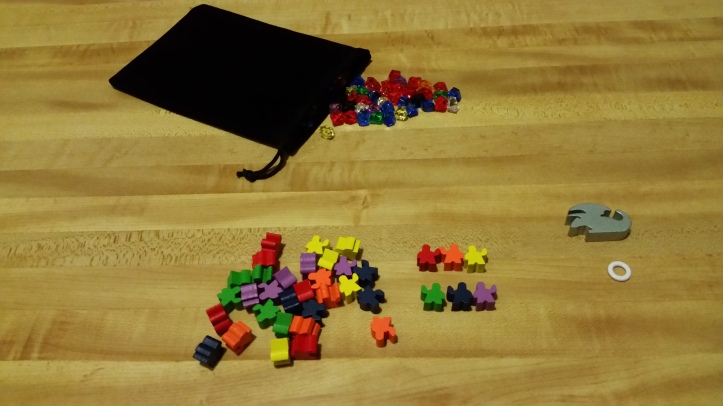 Here are the non-card bits. The plastic (acrylic maybe?) element gems come with a drawstring bag. The little handler meeples got customized by a stretch goal and each one is holding a tiny dragon egg. There’s also a large dragon meeple to mark the first player and the plastic ring is the round marker. 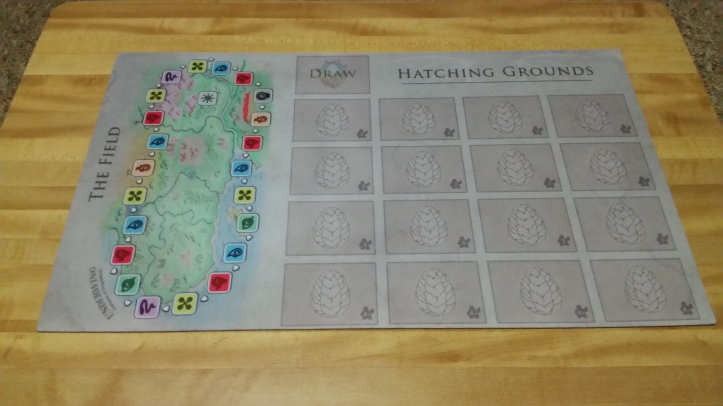 As always, I’m a sucker for playmats. Seen above is the 2-6 player playmat. It gives you a way to organize, with helpful reminders, the hatching grounds (which is where you deal out the cards during play) and also has a larger version of the field, which I think will be beneficial for larger play groups. This replaces the field card from the game. 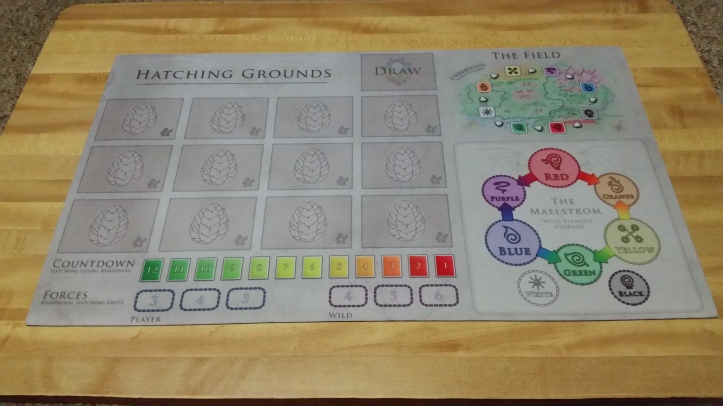 Bonus with this project was a separate playmat for solo play! LOVE THIS!! This one has the field and hatching grounds like the multiplayer playmat but also has the color/symbol remind and information useful during a solo play through. I believe this one replaces both the boards from the base game but I’m not 100% sure as I haven’t played it yet.

I feel like I say this every time I do an unboxing, but it’s definitely true for this as well: I’m super excited to get this to the table! It’s a cute game that also has a learning component about it if you play it with younger people that don’t know the ins and outs of color theory. The components are great and the game itself looks solid. It’s been added to the short list of games to play before I move (which is coming up in just 2 months!.