A Solitary Unboxing – Xia: Embers of a Forsaken Star 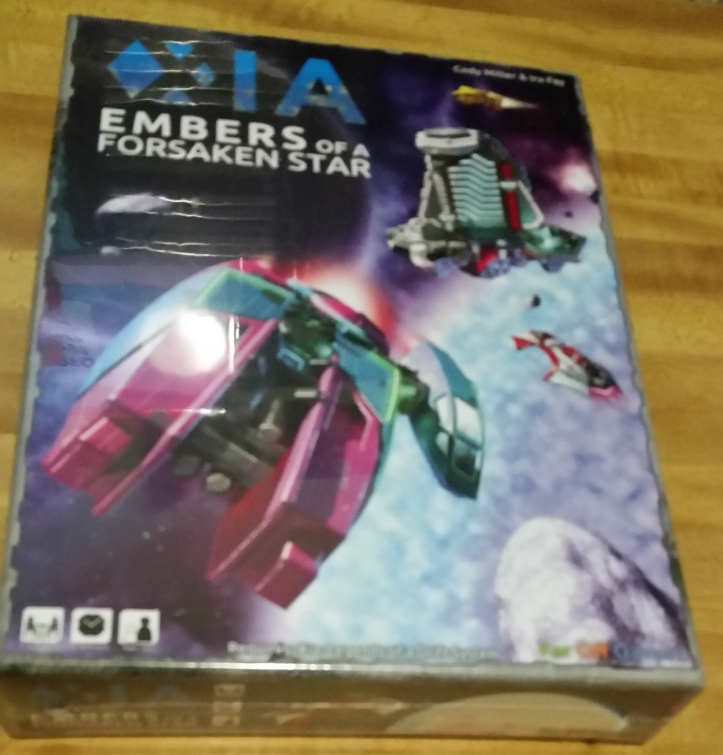 Welcome once more to my unboxing series! Today I’ll be showing you the Kickstarter edition of Xia: Embers of a Forsaken Star! This is an expansion to the original Xia that includes some features I’m very excited for, including solo play! There was also an option in the Kickstarter to get a recolored version of the Sellsword NPC that came with Xia’s original Kickstarter so of course I got that, too!

The box in all its glorious goodness, the rulebooks, and a sneak peek of the contents. 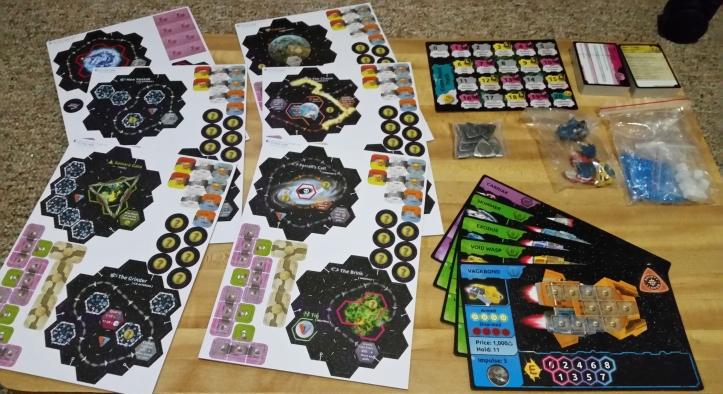 Everything in the box (pre-punch)! I’ll go into specific details below but I wanted to show off everything you get in this seemingly small box (at least compared to the size of the base game, haha).

Here are the ship miniatures with their associated ship mats. There are new ships for each tier (1 each) as well as the V2 Sellsword and an additional mat for the original Sellsword if you have it (which I don’t but it’s a nice touch).

Here we see the new Fame Point Track that replaces the one from the base game if you’re using the Event cards. Event cards are a new addition from the expansion and spice up the game in various ways! 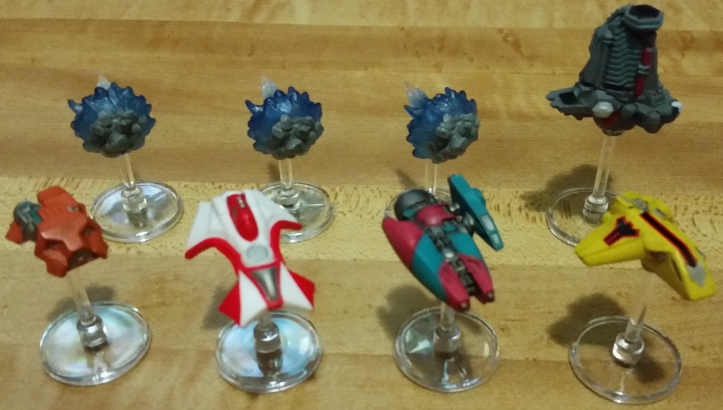 All the lovely, pre-painted miniatures! There are the 3 ships, the Sellsword, the Kiln space station (which is a new NPC in the expansion), and 3 ice comet miniatures that feature on some of the new sectors!

The plastic and metal bits. There are some extra coins to supplement the bank from the base game, Ember cubes (a new commodity), and Ice damage (a new form of damage form new sectors and mechanics). 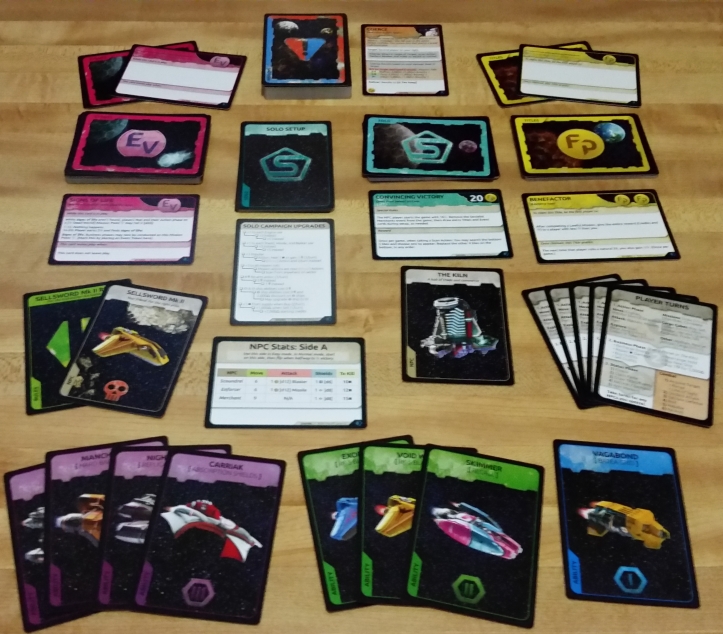 All the cards! Event cards, solo play cards, new titles, new missions, this has got a little bit of everything! There’s also NPC cards, player reference cards, and cards for the new ships as well as re-balanced cards for 3 tier 3 ships from the base game. 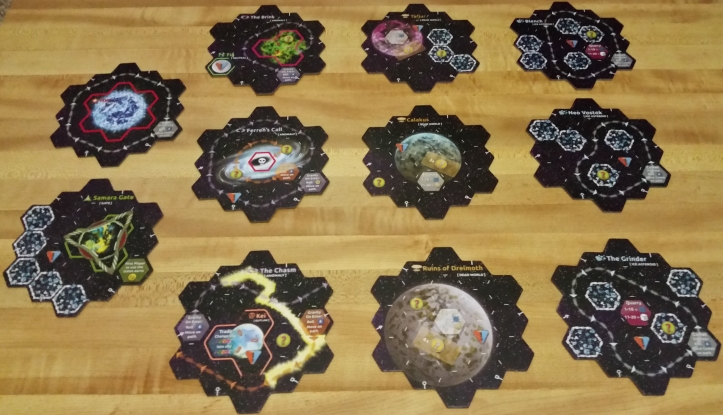 All the new sectors! They feature some old things like planets and trading posts but a whole slew of new things like comet paths, abandoned planets with relics, and ice fields.

All the non-sector cardboard bits. New exploration tokens, event tokens for tracking, relic tokens, new outfits, and mods (which are a new form of ship upgrade that go on top of outfits and modify them). There’s also a first player token and a giant comet token (that is related to one of the events, it causes major destruction if it’s put into play). Lastly there’s the new Economy Board which is used in one of the additional (but optional) modules that the expansion adds.

I got my base game copy of Xia from this Kickstarter for the expansion as I missed the original KS a few years back. I received the copy of the base game a few months ago as the company was able to send those out ahead but haven’t had a chance to play it yet as the base game doesn’t support solo or duo play (which are my only potential player counts right now). The expansion fixes both these issues in that it has an entirely separate solo play (with the cards) as well as special rules for a 2-player variant of the regular game.

I still haven’t had a chance to play it yet but I’m really looking forward to trying out the solo play and I’ll be sure to post a review once I do!